The Seven Castaways is a full length, modern musical parody of an iconic sitcom.It involves seven castaways stuck on an island.It’s raunchy and fun and it is NOT your parent’s Gilligan’s Island. We have a foul-mouthed, pothead first mate, a reality tv star, a virginal, bible toting farm girl and many other sort of familiar characters and plot lines.

The Seven Castaways is currently in development. It will be produced in 2020.

F-ing White People is about, at first glance, exactly what it’s title suggests. It’s a play about white people (even though there’s an African American character).

Doug and Denise are young, liberal, and very successful. They play Cards Against Humanity, drink microbrews and the proper wine, and live in a gentrified area of Detroit (in a home they are fixing up in a very environmentally conscious way). They care about the right things, support the right kinds of causes, and know the right kind of people.

Doug and Denise are hosting a small dinner party for a few of their like-minded friends when Doug’s childhood friendRyan unexpectedly drops by. Ryan causes havoc. He is loud, uncouth and more than a little drunk. He doesn’t fit in at all with the world Doug has carved out for himself. Ryan reveals secrets from Doug’s past, has everyone questioning their own beliefs, and pits characters against each other. With Ryan’s help, we discover that not everyone is quite who they appear to be — including Ryan — as he takes us on a journey with a very surprising conclusion.

F-ing White People is a dark comedy that explores themes such as friendship, betrayal and the duality of man. It also touches upon many social issues, including race, gentrification and, oh yeah, fucking white people.

Bride-to-be Mary and her friends go to see a psychic to kick off her bachelorette party. When the psychic begins to probe too deeply, the women question her ability and leave to celebrate elsewhere. As the evening progresses, though, the psychic’s readings begin to reveal the women’s insecurities and secrets, culminating in a startling reveal that could jeopardize their friendship. This play provides a fascinating look at honor, trust and friendship with breezy, natural dialogue and sharply etched characters that resonate with us all.
CAST: 5 women

*Magenta Giraffe’s 2010 production of The Current was nominated for two Wilde Awards, for Best Original Script and Best Original Production. 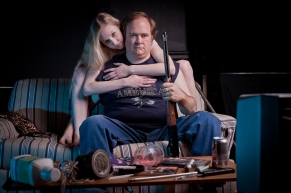 This twisted love story explores a heartfelt but deeply  disturbed relationship between two lovers with a horrifying hobby. As the  story reaches its climax, everything we think we know about victims and  predators is called into question, and we are forced to look for  answers in our own dark places.
This play contains mature content that  may be shocking to some audience members.
CAST: 2 women, 2 men

This gripping, dark tale tells the story of one man’s disgust over the state of mass media and its role in the decline of society. In an effort to try to change television and ultimately the world, he takes hostages at a TV station. Just how far will he go to show the world his vision? Inspired by, but not based on real events.

Four friends, with long-term sobriety, gather together for an art show. We follow them as they retrace the steps that got them to this point in their lives. Each one of them in their own way is an artist, and we learn how their art and their recovery go hand in hand. We discover how their unlikely friendships were formed and how they all have received some very special gifts.

their evening in Richard’s hotel room. We soon discover that this is by no means your ordinary hook up. Both characters open up and perhaps reveal more to each other than they had intended to. Is Richard really a four-hundred-year-old vampire? Does Elizabeth have ulterior motives for wanting to be with him? As the evening progresses, the pair find themselves locked in a game where the stakes are far higher than at any poker table. It’s a game that perhaps neither one can win.

hard, along with depression. Neither her husband John nor her therapist seem to be able to help her. Just when it appears she is stuck in this state something magical happens: Becky accidently shoplifts a spatula. She suddenly feels empowered. Could shoplifting really be the key to her happiness? Becky takes an unexpected journey of discovery about herself and her marriage but disaster looms large. Can it be avoided?

Four grown siblings return home to attend the funeral of their mother, who has passed away after battling a lengthy illness. Not only must they deal with the grieving process, they must deal with their overbearing father, who continues to cast a huge shadow over all of them.

Patrick and Denny have both been estranged from their Dad for almost twenty years, for very different reasons. Denny has been a screw up his whole life. He is recently sober (again) and wants desperately to repair some of the damage he’s done in the past. Patrick, the golden boy, has only made one big mistake in his life (in his father’s eyes): being gay. He wants nothing more than to fulfill his obligations and get out-of-town. Stacey, the youngest sibling, has taken up the mantle from their mother of trying to hold the family together. Thrice-divorced Colleen has stayed closest to home (geographically) but wants badly to get away.

Their homecoming is turbulent; Dad doesn’t exactly greet them with open arms. How they deal with him, with the loss of their mother and with each other opens old wounds and creates new, unexpected feelings.

Joe has a dead-end job, lives in a crappy apartment, and his ex-wife is dating a “21-year-old stud.” To make matters worse, Joe is about to turn 40. The only thing Joe has going for him is his “perfect” son Brian. When Brian comes to him with some startling news, Joe must come to terms with his own life and figure out what’s best for his son. Relationships are explored, tough choices are made and we examine what it really means to be a grown up. 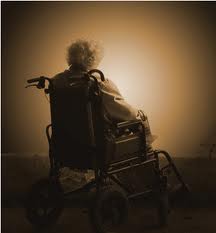 Danny has been an alcoholic and a petty thief since an early age. His abusive father is deceased and his mother is now dementia-ridden and living in a nursing home. Danny is trying to do the right thing. He splits his time between visiting his mother in a nursing home, and at a restaurant where he unburdens himself to an old family friend, a priest. He seems to live the same day over and over again.

With the help of the ageless Fr. Mark and a mysterious waitress/nurse, Danny tries to figure out how to make peace with a mother who can no longer communicate and a father who has passed away. But things aren’t quite as they appear to be and Danny comes to realize how much of his current circumstances are based on choice.